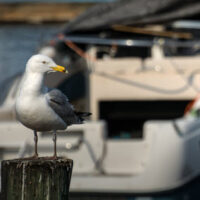 According to a report released in June by the United States Coast Guard, Florida ranks number one nationwide in recreational boating accidents and deaths on the water; a distinction it has earned since 2015. Specifically, according to the report, there were almost 700 accidents in Florida last year; 55 of which were fatal, resulting in 62 deaths. The areas within the state that ranked as the most dangerous included the Florida Keys and Miami-Dade and Monroe counties, where the highest number of accidents and deaths occurred, and most accidents involved open motorboats, personal watercraft, and cabin cruisers.

Perhaps the most shocking fact included in the report was the revelation that alcohol was a contributing factor in every single accident, as well as lack of boating safety instructions. According to the report, even where boating instruction was known, 70 percent of deaths occurred where the boat operator failed to take a vessel safety course. In addition, drowning was the cause of death in almost 80 percent of all fatal accidents, where 90 percent of victims failed to wear life jackets—not just in Florida, but in the entire country.

Who Gets Sued in Florida Boating Accidents?

When it comes to boating accidents like these, it is often the operator of the boat, as well as the owner, who are sued for negligence when injuries or deaths occur; as well as, of course, any other individuals connected in terms of other boats involved. Obviously, operating a boat while under the influence is illegal in Florida, and, as a result, if the boat operator is found to be under the influence, not only are criminal charges involved, but punitive damages could be involved as well. The boat owner could also be sued for allowing someone to negligently operate their boat.

What If I Wasn’t Wearing a Life Jacket?

However, it is also important to note that Florida follows the rule of comparative negligence, which means that any percentage of fault you as the injured victim played in contributing to your own injuries could reduce your financial compensation. This is relevant in terms of wearing a life jacket, however, it is also important to note that, legally, there must be life jackets available for everyone present on the boat. As a result, a lack of life jackets on the boat for everyone to wear and use can be indicative of negligence on the part of the boat owner.

If you or a loved one has been injured or experienced loss due to a boat accident, the Jacksonville boating accident attorneys at Douglas & Douglas can help you obtain the financial compensation and medical care you need to start to recover. Contact our office today to obtain a free consultation and learn more about your options and rights.