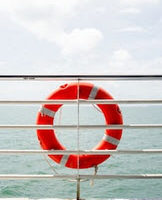 The Jacksonville injury lawyers at Douglas & Douglas work tirelessly every day to bring awareness to negligent behavior that causes injuries to others. Florida—like many other states—has seen its share of “duck boat,” or amphibious tour boat accidents similar to the one involved in the recent Missouri wrongful death settlement. Federal officials have long tried to warn tourists and boat companies about the dangers these boats can pose, especially since there are contradictory safety regulations governing them (because they are neither entirely boats nor buses).

The incident that occurred in Branson, Missouri this summer that resulted in 17 people drowning has led to many questioning the safety surrounding the entire industry around the country. The defendants sued included the captain of the vessel, the driver on land, and the companies that own the vehicles—Ride the Ducks International LLC and Ripley Entertainment Inc. The families of those who died that day argued that the company and operators were warned that a severe storm was approaching, but they decided to proceed with the tour regardless. A federal grand jury also indicted the man in charge of the boat that particular evening, and found that he had violated his duties and engaged in misconduct and negligence.

Investigators also allege that the duck boat’s bilge pumps—usually capable of extracting 250 gallons of water per minute—had been replaced with electric bilge pumps with significantly less capacity. According to some, the new pumps had less than one-tenth the pumping capacity of the original pumps, making the boat/vehicle more susceptible to accidents.

The captain of the boat has also been accused of a number of federal law violations associated with boat captains, including:

Are Duck Boats Death Traps on Land and Water?

Some have even gone so far as to call duck boats “death traps on land and water” that should be completely outlawed in every state. Although overseen by the National Highway Traffic Safety Administration and the Coast Guard, even these agencies have complained that they do not have the rules and regulations in place to properly monitor the industry and public safety. Take, for example, the issue of life jackets and seat belts: because these boats have canopies and go into the water, it is up to the vessel’s master to tell passengers when, exactly, they should be worn, because in some circumstances, life jackets and seat belts can actually facilitate drowning.

If you live in Florida and you or a loved one has been injured or killed in one of these amphibious tour boat accidents or in any boating accident, contact our Jacksonville boat accident lawyers at Douglas & Douglas law firm today to find out how we can help.