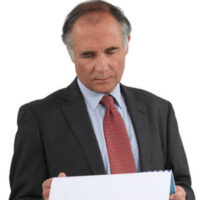 In April, the U.S. Supreme Court handed down a decision in Babb v. Wilkie.  that is a major win for federal workers who are discriminated against by their employers Specifically, the Court held that, under the Age Discrimination in Employment Act of 1967, federal workers have increased protections from age discrimination than those in the private and state and local government sectors in that they do not have to prove that age discrimination was the only factor that lead to whatever discriminatory employment practice was taken against them.

While the decision solidifies federal workers’ rights in terms of protection against age discrimination, it is still important to note that the discrimination must be the only factor that led to the adverse employment action (what is known as “but-for causation”) in order for the employee to obtain certain types of monetary relief, such as back pay and compensatory damages. The majority pointed out that if age discrimination was simply one factor in a larger decision, other remedies would still be available to the employee (however, the Court does not elaborate on what these other remedies might entail).

The case was originally brought here in Florida by a pharmacist who worked for the U.S. Department of Veterans Affairs and argued that she had been denied promotions and raises in part due to her age. While the District Court and U.S. Court of Appeals for the Eleventh Circuit ruled against her, holding that the Department had provided legitimate reasons for the adverse employment actions taken against her, the Supreme Court reversed, finding that the plain language of the statute dictates that, when it comes to federal agencies, “all personnel actions affecting employees or applicants for employment who are at least 40 years of age… shall be made free from any discrimination based on age.”

At the same time, the Court points out that only those who can prove that, but for age discrimination, the adverse employment action would not have occurred can obtain certain types of remedies, such as back pay and compensatory damages. However, this does not stem from the statute at issue in the case, but from very generally established, long held legal principles established in other cases, which dictate that any requested relief must redress the actual alleged injury (i.e. “remedies generally seek to place the victim of a legal wrong… in the position that person would have occupied if the wrong had not occurred”).

Moving forward, it is unclear what the consequences of the decision will be in terms of remedies, although likely that a jury and/or district judge would need to determine whether the evidence supports granting “other” types of relief that the justices referred to in the majority opinion.

What About All Other Employees?

So what does this mean for employees in the private and state and local government sectors; given that the Court noted that Congress very purposefully chose to hold federal employers to a higher standard by adding a district statutory scheme applicable only to the federal sector? Well, the Court already decided this issue in 2009 when it interpreted the private-sector provision of the Act as requiring a plaintiff to prove that age was the “but-for” cause of an employer’s adverse action.

If you have been the victim of discrimination, retaliation, harassment, unequal pay due to race, age, or any other unfair employment decision, contact one of our Jacksonville labor and employment attorneys at Douglas & Douglas, Attorneys at Law today for immediate assistance.