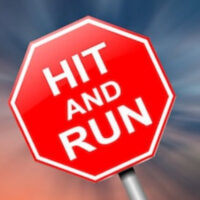 Being involved in any kind of car accident is traumatic, especially when the accident results in injuries. But for those who find themselves injured in a collision where the driver who was at fault left the scene of the accident, it can be even more stressful. In addition to having to deal with injuries, becoming the victim of a hit-and-run means also having to face the fact that these injuries were caused by someone who is deliberately trying to avoid taking responsibility. However, that doesn’t mean that this person cannot be found and identified and it doesn’t mean that you don’t have any legal options to seek compensation for your injuries.

It is important for every driver who is on the road in Florida to understand just how serious of a problem drivers leaving the scene of an accident are. Unfortunately, statistics released by the Florida Department of Highway Safety and Motor Vehicles show as a grim example that approximately a quarter of the in-state crashes that happened in 2017 were hit-and-run accidents. These accidents occur more often than any of us would like to think and can lead to tragic results.

In addition to the fact that many hit-and-runs scenarios occur when a driver hits a vehicle being driven by someone else which can cause serious injuries, they can also happen in other ways that instead result in damage to personal property. For example, many of these accidents happen when someone simply hits a parked car and then drives off.

Do Hit-and-Run Victims Have Legal Rights?

Absolutely. The good news is that anyone who is injured in the Sunshine State due to the negligent actions of another driver is generally entitled by law to obtain compensation for accident-related:

However, while hit-and-run victims do have legal rights, it should also be recognized that a 2015 Florida Supreme Court ruling in a hit-and-run case made it more difficult to prosecute people who are accused of leaving an accident scene. More specifically, now there needs to be some kind of evidence that the driver who is accused of fleeing the scene actually knew they were involved in a crash.

And while a criminal law conviction isn’t required for a personal injury claim (which is civil law) to be successful, it can make the personal injury process become even more complicated. Hit-and-run cases in particular often need the assistance of the right personal injury legal team in order to ensure that the accident victim is able to prove that things occurred when and where it is asserted that they did and obtain deserved compensation from the responsible parties.

When you entrust the experienced legal team at Douglas & Douglas with your personal injury claim, a skilled car accident lawyer will carefully examine the circumstances of your accident, help you identify and locate important evidence, and assess your losses. We are knowledgeable Jacksonville personal injury lawyers who can help you conduct an investigation into who the at-fault driver is, determine how to find them, and guide you toward maximizing your chances of obtaining full compensation for all of your injuries. Reach out to us today to begin with a free consultation.