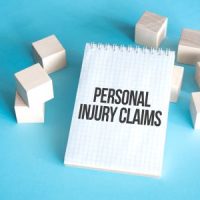 The saying that you should believe half of what you see and none of what you hear predates the internet.  In an era where clickbait and hysteria are at your fingertips on multiple devices at every moment of the day and night, it is difficult even to know how to figure out what to believe.  Nowhere do people put more effort into figuring out the truth than in a court of law, and under no circumstances is there a stronger incentive to misrepresent the truth than when money and reputation are at stake, as they are in personal injury lawsuits and other kinds of legal cases.  Fewer subjects elicit such a strong emotional response as illness and health, so misinformation about health and medicine is especially abundant.  Therefore, when judges and juries make decisions based on evidence about medicine and related scientific fields, the court must follow a set of guidelines known as the Daubert standard to determine whether the scientific evidence is credible and whether it is relevant to the case.  Your Jacksonville personal injury lawyer can help you gather and present the strongest scientific evidence to persuade the court to award you the compensation that you need and deserve.

How Do Judges Decide Which Evidence Is Admissible in a Personal Injury Case?

These are some key elements of the Daubert standard:

What this means is that building your case requires a lot of careful preparation on the part of your lawyer and any expert witnesses whose testimony your lawyer seeks.  Presenting a winning case, with or without going to trial, requires a skilled and meticulous personal injury lawyer.

A North Florida personal injury lawyer can help you win your case by doing the necessary research and, if appropriate, seeking the expertise of expert witnesses to support your arguments.  Contact Douglas & Douglas in Jacksonville, Florida for a free consultation.