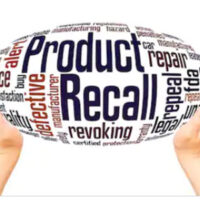 CVS and other pharmacies recently pulled popular heartburn and gastrointestinal medication Zantac and its generic versions that contain ranitidine from their shelves over concerns that the products may contain dangerous levels of a carcinogenic substance. Still, the Food and Drug Administration (FDA) has not yet officially recalled these medications.

According to reports, the issue came to light earlier this year when online pharmacies that conducted their own quality testing encountered a problem with ranitidine. Dramatically high levels of a known carcinogenic substance known as NDMA were found. While NDMA is often found in some food products, these same reports indicate that, in the medications in question, it was found in concentrations that exceed federal safety standards. Because there are a number of safer alternatives available, public citizen groups are now questioning why the FDA has not acted more swiftly in declaring an official a recall.

Meanwhile, class action lawsuits have already been filed against the manufacturers of Zantac (Boehringer Ingelheim Pharmaceuticals and Sanofi), arguing that they exposed users to unsafe levels of NDMA and knew that their products produced dangerously high levels of NDMA once ingested, but failed to alert the public to these concerns via warning labels or any other channels. Other manufacturers of similar medications, including Apotex Corp. and Sandoz Inc., have voluntarily recalled a number of ranitidine hydrochloride products in order to be as precautionary as possible. According to experts, given that Zantac is the highest-selling drug to ever be sold on the market, companies voluntarily pulling the product off the shelves says a lot about the potential dangers involved here.

Why Is The FDA Not Doing More?

According to the scientific testing cited in one complaint, a single tablet may react to form up to 26,000 the FDA-approved limit of NDMA. As a result, some are also claiming that the FDA has done very little with respect to protecting the public when it comes to the medication, and that consumers would not have purchased and taken the drugs had they known about these risks. In contrast, a number of regulators in other countries have, at the very least, informed consumers that they should consult with their doctors before continuing to take the drug, and some have also encouraged manufacturers to stop making these products altogether. At the very least, the FDA should arguably ensure that consumers are not placed in danger while it conducts its own investigations.

The Florida law firm of Douglas & Douglas has represented individuals harmed by products such as e-cigarettes and others that have turned out to be dangerous and/or defective. Contact our Jacksonville defective product lawyers today to find out more about our legal services—we are here for you and others injured by products that consumers should not have been exposed to and/or were not properly warned about.