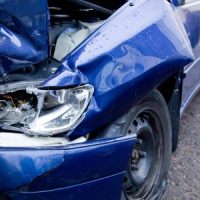 Some people subscribe to news feeds about newer and safer features for cars that we can expect to see in the upcoming model year.  Making cars safer is a full-time job for some and a full-time hobby for others, but the biggest advances in vehicle safety are the ones we take for granted; the seatbelt has prevented more traffic fatalities than any other safety feature, with airbags coming in at a distant second.  Of course, there is another subset of the population that spends their days restoring classic cars and the highlight of whose day is to see an ageless clunker chugging down the street, looking as beautiful as it did in the springtime of its life.  Those old cars might be the best-looking vehicles on the road, but they are not the safest.  Cars that do not conform to current legal standards could be a legal liability in a car accident lawsuit.  If you have been injured in a car accident involving a car with retro features, contact a Jacksonville car accident lawyer.

The Duty of Care in Car Accident Lawsuits

You can win a personal injury lawsuit against anyone if you can prove, among other things, that the person had a legal responsibility to prevent accidents (called the “duty of care”) and that they breached the standard of care by causing the accident.  That means that the at-fault driver can be a defendant, and so can the owner of the vehicle, if the driver and the vehicle owner are not the same person.  The right to sue because of injuries resulting from the unsafe condition of a vehicle has plenty of support in Florida law.  Plaintiffs have won cases against vehicle owners who knew or reasonably should have known that their cars were not roadworthy; there have also been product liability lawsuits against car manufacturers because of defects that made the cars unsafe.

Baby Boomers remember Sammy Davis, Jr. from the movies, music, and television, but the only thing that most millennials know about him is that he wore a glass eye.  Davis lost his eye in a car accident in 1954.  His injuries would probably have been much less severe if not for the bullet-shaped horn button on the steering wheel, which was a standard feature of 1954 Cadillacs.  The horn buttons caused so many injuries like the one that afflicted Davis that Cadillac discontinued the feature the following year.

While you don’t see many 1954 Cadillacs with bullet-shaped horn buttons on the road anymore, you do see some retro cars.  In 2019, Kevin Hart was involved in a car accident in his 1970 Plymouth Barracuda which, like most cars from 1970, did not have airbags or complete safety harnesses; it only had lap bells.  Hart and the two other occupants of the car got injured, and there was speculation over whether he would be legally liable for the injuries to which the condition of his car contributed.

A North Florida car accident lawyer can help you recover damages if you suffered a serious injury in an accident involving a car that did not have up-to-date safety features.  Contact Douglas & Douglas in Jacksonville, Florida for a free consultation.