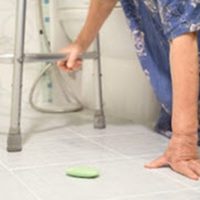 Many causes of death and serious injury in nursing homes are due to causes that rarely happen in the outside world, or at least rarely have such dire consequences.  For example, the majority of people who die from choking, skin infections, and falling on indoor walkways are elderly residents of nursing homes.  Part of the reason for this is that the victims were in a fragile state of health before the incident that proved fatal; if this were not the case, they would not be in nursing homes.  The flipside of this argument is that the reason the patients are in nursing homes is that nursing homes are uniquely equipped to keep medically vulnerable patients safe and to prevent their health from getting worse.  In other words, many adverse outcomes in nursing home residents are preventable; injuries resulting from accidental falls almost always are.  If a family member of yours was injured in a fall while receiving care in a nursing home, contact a Jacksonville nursing home abuse lawyer.

In the summer of 2016, Calvin Gorsuch was a 92-year-old who lived at home in Pompano Beach with his wife Jeanne, to whom he had been married for 65 years.  He had Alzheimer’s disease and a history of falls and was considered at high risk of subsequent fall injuries.  After undergoing surgery, he entered Manor Pines Convalescent Home for rehabilitation; his doctors anticipated that he would be well enough to return home in less than a month.  He spent two weeks in the facility’s rehabilitation unit, during which time he suffered four falls.  He did not sustain serious injuries in any of the falls, but after the fourth incident, the doctors decided to transfer him to the facility’s skilled nursing care unit.

Shortly after moving to the skilled nursing care unit, Gorsuch suffered a fifth fall, and this time he hit his head.  The doctors at the nursing home performed an X-ray and determined that, since Gorsuch did not have any bone fractures, it was safe to send him back to his room.  He did, however, suffer a hematoma of the brain, and he died the following week.  In a lawsuit, his surviving relatives claimed nursing home neglect, alleging that, after the fifth fall, the doctors should have sent Gorsuch to the hospital, where he would have received continuous monitoring, and where doctors would have been able to diagnose the hematoma earlier, when it was still treatable.  They alleged that the fact that Gorsuch fell four times during his two-week stay in the rehabilitation unit also indicates that the nursing home was unsafe.  In 2019, an arbitration panel ordered Manor Pines to pay Gorsuch’s family a settlement of $356,700.

A North Florida personal injury lawyer can help you if a family member of yours was injured in a preventable fall in a nursing home or other residential facility.  Contact Douglas & Douglas in Jacksonville, Florida for a free consultation.