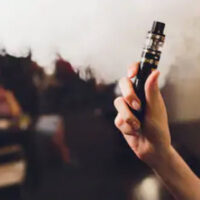 JUUL—the company produces vaping and e-cigarette products—has recently had significant personal injury and wrongful death litigation filed against it. Not only was the company hit with its first wrongful death lawsuit in connection with an 18-year-old who died after using electronic (“e-”) cigarettes, but a former company executive is now alleging that the company sent out one million contaminated e-cigarette pods earlier in 2019 and did not inform anyone, placing many lives in danger.

Meanwhile, the company is also staving off a number of investigations and accusations from agencies and health officials, especially when it comes to allegations that they purposely set out to addict millions of teens to their product; to their detriment. As a result, there appears to be more than 1,600 cases of lung injury outbreaks nationwide, as well as more than 34 deaths linked to vaping illnesses that are now being investigated by public health agencies.

The contaminated product allegations involve approximately one million pods being manufactured with batches of contaminated e-liquid, which were then shipped out to retailers and customers. According to the plaintiff, the company not only refused to issue a product recall, but it also refused to issue even a basic public health and safety notice to consumers. The lawsuit also claims that the company misrepresented the nicotine content of these pods, informing the public that each pod is equal to one pack of cigarettes in terms of nicotine, however, according to studies, the company’s pods contain a significantly higher concentration of nicotine than cigarettes, and approximately four times the absorption rate compared to cigarettes.

Sadly, one of the young consumers fatally affected by the company’s products was an 18-year-old boy whose family has now brought a wrongful death lawsuit against the company, seeking significant damages, including punitive. The lawsuit claims that JUUL purposely marketed their products as healthy alternatives to cigarette smoking; targeting young people with deceptive marketing and lies. In doing so, they claim that the company created unprecedented levels of severe nicotine addiction to the point of being hazardous and sometimes fatal when it comes to vapor smoke consumption. The company is also the subject of a number of personal injury lawsuits that have emerged, such as pulmonary disease and seizures, as well as consumer fraud.

If You or A Loved One Has Been Harmed by E-Cigarettes, Contact Our Florida Injury Attorneys for A Free Consultation

The Jacksonville catastrophic injury attorneys at Douglas & Douglas have extensive experience representing injured plaintiffs when it comes to catastrophic injuries and defective products. We have the experience and dedication necessary to ensure that you receive the justice that you and your family deserve. Contact us today to find out more.