Dram Shop Liability: When Is Drunk Driving The Bartender’s Fault? 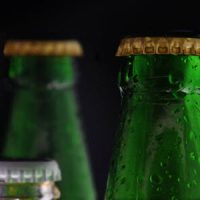 Everyone knows that it is irresponsible to drink and drive, but whose responsibility is it to prevent drunk driving?  Various official policies and social norms aim to reduce the number of drunk drivers on the road at any given time.  State laws impose criminal penalties for driving when one’s blood alcohol content (BAC) is 0.08 or higher.  Judges order some defendants convicted of DUI and even some enrolled in pretrial diversion programs to install ignition interlock devices so that their cars will not turn on until they register an alcohol-free breath sample.  Some people choose a designated driver, who will only consume one drink for the night, when going out to a bar with friends.  Party hosts may prepare their living room with fold-out couches and sleeping bags so the guests can rest until they are sober enough to drive home.  While designated drivers and slumber after-parties are optional, bars and restaurants that serve alcohol have a legal responsibility to prevent drunk driving.  They sometimes do this by arranging for taxi or rideshare rides for customers who are too drunk to drive home, but they are required to stop serving alcohol to any patron who is noticeably intoxicated to the point where it is unsafe for them to drive.  If you have been injured by a drunk driver, contact a Jacksonville auto accident lawyer.

On December 10, 2018 Nicholas Immesberger worked as a bartender at The Woods, a restaurant in Jupiter, Florida where Tiger Woods is an investor; although he does not own the restaurant, it is his namesake.  Immesberger stayed at the restaurant after his shift ended and consumed several drinks at the bar; although the bartenders on duty after him did not know how much he had drunk before they arrived, they knew of his struggles with binge drinking.  While driving home that night, Immesberger died in a single-vehicle crash.  He was 24 years old.

His parents sued the restaurant from dram shop liability.  “Dram shop” is an old term for an establishment that serves alcohol, and dram shop liability is the legal doctrine that says that bar employees have a duty of care not to continue serving alcohol to dangerously drunk patrons.  In other words, people injured by drunk drivers, including the drunk drivers themselves, have the right to sue the bar that provided the alcohol.  The case went to trial in October 2021, although the outcome was not published.  Immesberger’s family originally included Tiger Woods and his girlfriend Erica Herman as defendants, but it had dropped their names from the lawsuit by the time the case went to trial, leaving the restaurant as the only defendant.

A Jacksonville and Lake City car accident lawyer can help you recover damages if you were injured by a drunk driver who consumed alcohol at a bar before driving.  Contact Douglas & Douglas for a consultation.