Car Part Malfunctions Can Happen In Electric Vehicles, Too 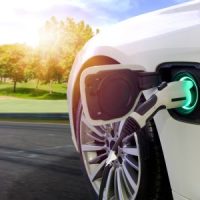 Research into ways to make motor vehicles safer is a lucrative industry, and it appears to be a successful one, too.  Fatalities from traffic collisions are much less frequent than they were several decades ago, and the fact that cars are safer now than they were when your parents first learned to drive is part of the reason.  The car part that has prevented the most fatalities and serious injuries in car accidents is the seatbelt; air bags are a distant second.    Electric vehicles are much safer for the environment, and therefore the long-term survival of the human race, than their petroleum-guzzling counterparts, and they are not inherently more dangerous than gas-fueled cars.  Tesla, the most famous electric vehicle manufacturer in the United States, has been a defendant in several high-profile product liability lawsuits related to fancy technologies in its cars, not necessarily to the cars’ electrical power system.  If you have been injured in a car accident caused by a malfunctioning part in an electric vehicle, contact a Jacksonville car accident lawyer.

These are some of the scariest and most famous accidents caused by electric vehicle malfunctions in Florida:

Product liability lawsuits are not exclusive to electric vehicles.  Every time a consumer product malfunctions and causes injuries, the injured people have the right to sue for damages.  Product manufacturers have a legal responsibility to ensure that the products they sell are safe for their intended use and cannot easily be used dangerously.  Product liability lawsuits have led to the discontinuation or redesign of many products, including but not limited to car parts, toys, pharmaceutical drugs, furniture, and personal care products.

A North Florida car accident lawyer can help you get a fair insurance settlement or file a personal injury lawsuit if the accident was the result of a malfunction of a car part.  Contact Douglas & Douglas in Jacksonville, Florida for a free consultation.