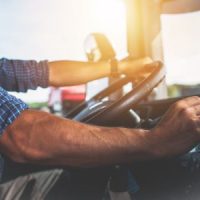 If you have had your Florida driver’s license for a long time, then all the hurdles you had to jump over to get your driver’s license may be a distant memory, but there were several.  First, you had to attend a six-hour class on traffic safety, and then you had to pass a written test on traffic laws, followed by a road test several months later.  This is because operating a car unsafely can cause major damage.  If the driver of a commercial vehicle such as a truck or bus causes an accident, however, the damage always has potential to be extensive and catastrophic.  Therefore, the licensing requirements for commercial vehicles are much stricter.  If you have suffered serious injuries in an accident involving a truck or commercial vehicle, contact a Jacksonville and Lake City car accident lawyer.

What Each Class of Driver’s License Means

In order to get any of these kinds of commercial licenses, the driver must pass several tests demonstrating their ability to operate the vehicle safely.  They must pass two written tests, one on general knowledge of vehicle safety and traffic laws and one about air brakes; these written tests are available in several languages commonly spoken in Florida.  The skills tests, namely the pre-trip inspection test, the on-road test, and basic vehicle control, are available only in English, and test takers may not use interpreters.  This means that earning a commercial vehicle license requires the driver to be able to communicate verbally in English in situations related to driving, truck maintenance, and traffic accidents.

What Can Go Wrong with a Commercial Vehicle?

A minor mistake by a truck driver can cause a collision that injures dozens of people and damages multiple vehicles.  Commercial trucks require continuous maintenance, including inspections before every trip and weigh station stops along the way.  Even when working properly, truck brakes take more time and distance to stop than car brakes.  Drowsy and distracted driving is even more disastrous when the driver is distracted from operating a vehicle that weighs 13 tons.  Therefore, truck drivers must follow strict requirements about taking breaks to rest and about how many hours in any day or week one driver may drive.

A truck accident lawyer can help you if you got injured when a commercial vehicle struck your car or caused a chain reaction collision.  Contact Douglas & Douglas in Jacksonville and Lake City, Florida for a free consultation.