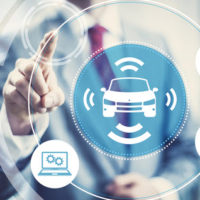 The family of an Apple engineer who was killed while testing the Autopilot feature in a Tesla vehicle last year filed a lawsuit against the automaker in early May, alleging that the Autopilot feature caused his death. Specifically, the driver’s family claims that the navigation system misread the lane lines on the highway and failed to detect that there was a median present, steering the car into the median while it accelerated and causing the driver’s wrongful death.

According to the National Traffic Safety Board (NTSB), the Autopilot feature was engaged for close to 20 minutes before the crash and the driver’s hands were detected on the steering wheel for 34 seconds during the last minute before the crash; although no breaking or evasive steering movements were detected. The car reportedly veered off the highway and crashed into the concrete median going more than 70 mph and striking two other vehicles. After the crash, the car also erupted in flames. The driver, Walter Huang, was driving the model X SUV and wearing a seatbelt the time of the accident.

According to the lawsuit filed by the family of the deceased, the car lacked the proper systems for crash avoidance, the Autopilot feature was unsafe, and Tesla should not be testing it out on drivers. Specifically, the family claims that this technology should be safer before it is released onto the roads and its risks are being misrepresented to the public. The driver’s family has also reported that Huang repeatedly informed Tesla that there were problems with the Autopilot feature and the company’s technicians were unable to fix these problems. The lawsuit also includes breach of warranty, intentional, negligent misrepresentation, false advertising, failure to warn, product liability, and defective product design claims, and names the state department of transportation because the highway median was allegedly missing what’s known as a crash attenuator guard at the time of the accident, which, if it had been present, arguably could have mitigated the consequences of the crash and/or tragedy.

Tesla’s Response: The Accident Was The Driver’s Fault

Tesla has responded that the driver, Huang, failed to place his hands on the wheel; even though he received warnings from the system to do so before the crash and has claimed that its reports indicate that the autopilot feature has, overall, reduced accidents, with an accident occurring with autopilot for every 2.87 million miles driven and, without autopilot, every 1.76 million miles driven.

If You Have Suffered in A Car Accident, Contact Our Florida Car Accident Injury Attorneys

If you or a loved one has suffered injuries in a car accident here in Florida, contact our Jacksonville car accident attorneys at Douglas & Douglas, Attorneys at Law today to find out how we can help.