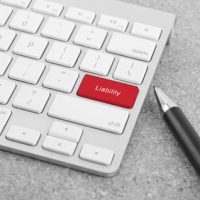 On July 6, 2019, a gas leak led to an explosion at a Broward County shopping center called the Market on University.  Most of the people injured were working out at the L.A. Fitness gym at the time of the blast.  The other injured people were dining or working in restaurants at the shopping center.  23 people suffered injuries serious enough to require hospitalization, and two of them had especially severe injuries.  The damage from the explosion could have been even worse.  The shopping center also contained a children’s education center and a pediatric dentistry office, the latter of which was destroyed in the explosion.  Luckily, both of those businesses were closed on the day of the explosion because of the Fourth of July weekend.  Two years later, six of the injured victims received a settlement from an insurance company.  If you have been injured in an accident at a shopping center, contact a Jacksonville premises liability lawyer.

Gas Leak Was the Source of the Explosion

The explosion took place in a vacant space in the shopping center where a restaurant called PizzaFire had previously operated.  After the restaurant closed, the owner had sold the gas stoves, so the valves in the vacant space were bare.  It appears that two mistakes led to the accident.  First, an employee of TECO People’s Gas had left a gas valve open the last time they visited the premises.  Likewise, a real estate agent who had shown the property to a prospective tenant a few days before the explosion had left the air conditioning on.  A few hours before the blast, Hiep Van, the owner of the Pho Brothers restaurant in the shopping center, had called the gas company to report a smell that he suspected was coming from a gas leak.

Normally, the owner of a commercial property where a preventable accident takes place is liable for damage resulting from the accident.  In this case, an investigation determined that negligence belonged to the gas company for leaving the gas valve open, especially when it was not connected to a stove.  In August 2021, an insurance company for the gas company paid a $2 million settlement to six of the injured people, five of whom had been at the gym during the explosion and one of whom had been at a restaurant.  Their attorney said that he was still trying to collect damages from other defendants responsible for the accident.  In personal injury cases, it is possible that the negligence of more than one party could have contributed to the accident, and you have the right to sue all of those parties.

Premises liability law applies to many kinds of accidents, not just slip and fall.  A premises liability lawyer can help you recover damages if you suffered a serious injury in a preventable accident at a shopping center.  Contact Douglas & Douglas in Jacksonville, Florida for a free consultation.