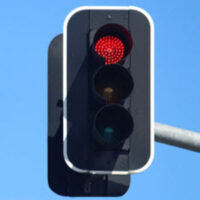 According to a new study published by AAA, the amount of individuals killed by drivers running red lights has hit the highest number in 10 years. In fact, in 2017, there were close to 1,000 people killed due to this negligence; with almost 30 percent of all car crash deaths at intersections occurring due to drivers running red lights, and almost half of those killed being passengers or people in other vehicles.

What is now the highest death toll since 2008 translates to two people being killed every day in the United States from running red lights. Researchers believe that the results of the study are most likely due to a combination of distracted driving and lights that aren’t timed optimally; perhaps with yellow lights that run far too short.

Holidays Like Labor Day See the Highest Number of Accidents

Holiday weekends like Labor Day reportedly see the highest number of fatal auto accidents like these because there are so many people on the roads, claiming hundreds of lives every year and nearly double the number of fatal accidents that occur in a typical three-day period.

Some of the most common and catastrophic auto accidents in Florida that often result from drivers involve:

What Can Be Done About It?

In order to prevent these tragedies, those behind the study recommend:

Drivers who choose to run red lights are behaving extremely recklessly, and can cost you and your family everything. If you or a loved one has been injured or killed due to a negligent driver running a red light, contact a Jacksonville personal injury attorney at the office of Douglas & Douglas, Attorneys at Law today to find out how we can help.