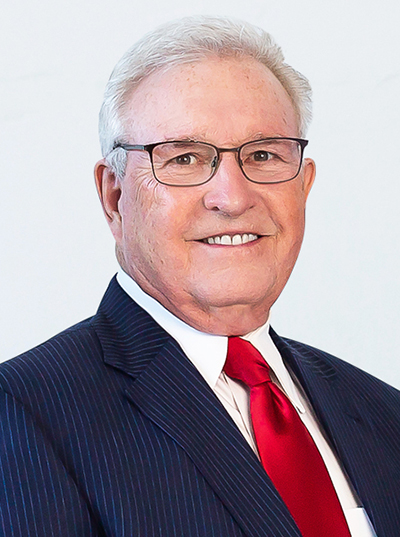 E. Vernon Douglas prides himself on solving problems. He has been a member of the Florida Bar for over forty years and puts his experience to good use for his clients. Mr. Douglas joins Douglas & Douglas after serving as a Circuit Court Judge for 36 years.  Mr. Douglas offers his services as a mediator and is certified to mediate family and civil litigation matters.

As a judge, Mr. Douglas presided over hundreds of trials including capital murder cases. Before sitting on the bench, Mr. Douglas practiced criminal defense and he continues that practice with Douglas & Douglas.

Mr. Douglas wrote the Family Visitation Schedule which was adopted by the Third Judicial Circuit in 1990 and remains the standard for the judges and attorneys of the Third Judicial Circuit. Mr. Douglas also served on Florida’s Supreme Court Steering Committee for Children and Families in Court.
Mr. Douglas is a graduate of the University of Florida and Stetson College of Law, with Honors, where he was a member of the Stetson Law Review.

Mr. Douglas is extremely active in the community in which he was raised. He founded and produced 20 North Florida Charity Air Shows and was president of the International Council of Air Shows. He served as a Green Beret in the United States Army Special Forces. Mr. Douglas has also been recognized as the Rotary Citizen of the Year in Lake City, Florida.