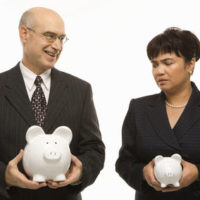 The working space giant “WeWork” was recently sued for age and gender discrimination and pay inequity. The former vice president accused the company of hiring an employee that was 20 years younger and eventually relinquished him of his job at the company as a result; stating that his job was simply removed.

These experiences are not in any way, shape, or form unique. According to the Equal Employment and Opportunity Commission, in 2018 alone, there were more than 16,000 age discrimination cases filed with the Commission. Even though the Age Discrimination in Employment Act makes it illegal to discriminate against employees that are 40 years old or older, age discrimination takes place routinely; not only when it comes to existing employees and those facing retirement, but during the hiring process as well. It is somewhat hard to believe, especially given that civil claims brought against employers who engage in a discrimination result in costly payouts.

Your Rights and Their Options & Obligations

If you feel that you have been the victim of age discrimination it is important to note the following:

According to some studies, 28 percent of workers over the age of 50 experienced at least one layoff after turning 50 years old.  This computes to an estimate of 22 million workers who have either been laid off or forced into early retirement. It is important to know that, legally, retirement is a decision that is made by you as the employee. In addition, employers are legally barred from retaliating against employees who file these claims. If you feel that you have been subject to an age discrimination claim, you should contact an experienced employment law attorney right away to discuss what your rights are.

In an effort to avoid age discrimination issues, employers always have the ability to implement what is known as a blind resume system, which removes all identifying information from resumes and cover letters so as to reduce unconscious bias involved in the hiring process. In addition, their job ads should contain language that is not biased in favor of catering to hiring only younger people. Companies should also engage in diversity training and ensure that management has a clear understanding about what is and is not permissible in terms of age discrimination, as well as a clear understanding of the Age Discrimination in Employment Act.

If you have been the victim of discrimination or other unfair employment practices in the workplace, speak with one of our Jacksonville labor & employment attorneys at Douglas & Douglas, Attorneys at Law right away to find out how we can help.