If A Motorcycle Passenger Gets Injured, Is The Driver Legally Liable? 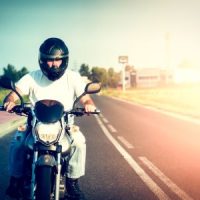 Florida law acknowledges that many accidents are partially the fault of one party and partially the fault of another party.  If you get injured as a passenger on a motorcycle, you might have a claim against the driver on whose motorcycle you were riding or against the driver of the other vehicle involved in the collision.  If you get injured in an accident that was partially your fault, you can still file a personal injury lawsuit, but if you win, the court will reduce your damages award proportionally to the percentage of fault you bear for the accident.  In motorcycle accidents, if the rider was not wearing a helmet, insurance companies and courts conclude that the rider’s injuries would have been less severe if he or she had been wearing one.  This means that, even if you were not wearing a helmet at the time of the accident that caused your injuries, you can still recover a substantial amount of the cost of your medical bills through an insurance claim or motorcycle accident lawsuit.  To find out more, contact a Jacksonville motorcycle accident lawyer.

Miles McChesney and Jennifer St. Clair met on a dating app in the fall of 2018; the first time they met in person was in December of that year.  Their first and only date took place in December of that year; McChesney borrowed a motorcycle from his friend John Lewis and met St. Clair at a bar in Fort Lauderdale.  Two other couples invited McChesney and St. Clair to ride to Delray Beach with them to go bar hopping, and they went, even though St. Clair did not have a motorcycle helmet.  After visiting three bars in Delray Beach, they were riding back toward Fort Lauderdale.  While passing through Pompano Beach on I-95, St. Clair fell off of McChesney’s motorcycle, but McChesney kept riding.  By the time police found St. Clair’s body, at least three vehicles had struck her.

St. Clair’s family filed a wrongful death lawsuit against McChesney.  They also named Lewis as a defendant, since, as the owner of the motorcycle, he is responsible for damage caused by his property.  The defendants argued that at least part of the fault for the accident belongs to St. Clair.  She must have known how dangerous it was to ride a motorcycle without a helmet with someone she had just met who had consumed alcohol at four bars in the hours leading up to the accident.

The Florida Highway Patrol investigated the accident to see if there were grounds to charge McChesney for leaving the scene of an accident.  When the investigation concluded in 2020, McChesney was not charged with any crimes.  News sources have not reported on the outcome of the St. Clair family’s lawsuits against McChesney and Lewis.  Most wrongful death lawsuits reach a settlement without going to trial.

A North Florida personal injury lawyer can help you if you suffered serious injuries in a motorcycle accident, whether you were a driver or a passenger, and whether or not you were wearing a helmet.  Contact Douglas & Douglas in Jacksonville, Florida for a free consultation.