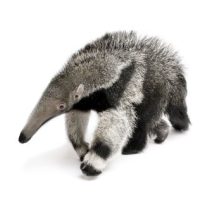 Florida has its share of scary looking animals, from the American alligator, which includes Florida in its native range, to introduced species like the nutria, the green iguana, and more recently, the Nile monitor lizard.  Alligators have been known to attack humans, but only if those humans are wading or swimming in the water, but the other species are harmless to humans.  If you are really looking for the kind of danger that walks on four legs, you will have to travel.  Disney cruises are not where you expect to find it; people who travel by cruise ship have a different idea of fun from those who go on safari or go hiking in the Amazon rainforest.  A family’s Disney cruise vacation turned into a nightmare when a giant anteater at a zoo attacked a child during one of the cruise ship’s stops; the family alleges that the staff at the ship’s infirmary made the situation worse.  If you have been injured during a cruise vacation, contact a Jacksonville premises liability lawyer.

The plaintiffs in this case took a Disney Wonder cruise that departed from Florida and made a stop at Cartagena, Colombia.  During this stop, the cruise participants visited the National Aviary of Colombia, where some animals are in enclosures, but others roam freely.  Among the free roaming animals were giant anteaters, which can reach an adult size of six feet in length. They are not aggressive toward humans, and their mouths are too small to bite anything much bigger than insects, the anteater’s favorite food.  If cornered, however, they will use their sharp claws to defend themselves.

A child who visited the aviary during the Disney Wonder cruise vacation got too close to an anteater, and it scratched him.  The family sought treatment at the ship’s infirmary, but the infirmary staff did not correctly assess the risk of infection or treat the wound appropriately.  As a result, the boy had developed severe bacterial and fungal infections at the site of the wound, and he required much more extensive treatment after the ship returned to Florida.  The family filed a lawsuit against Magical Cruise Company, the company that runs Disney Wonder Cruises, and against the staffing firm that staffs the ship’s infirmary.  They are requesting at least $15,000 in damages, which presumably equals the medical bills they incurred after returning to Florida.

Premises liability laws require businesses to keep business invitees safe from preventable hazards.  The plaintiffs allege that the cruise company was negligent in taking guests to an attraction where anteaters can get dangerously close to humans.  They allege that the infirmary staff was negligent in failing to follow proper infection prevention procedures.

A North Florida personal injury lawyer can help you if you suffered serious injuries at a tourist attraction during a vacation in Florida.  Contact Douglas & Douglas in Jacksonville, Florida for a free consultation.