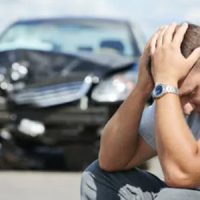 Legal and marginally legal drugs are just as bad as illegal ones when you are behind the wheel of a car.  Drunk driving greatly increases the risk of causing a fatal car accident, and so does driving under the influence of inhalants.  In fact, Florida news headlines from the last several years have shown how drugged driving can cause catastrophic accidents and devastate families.  If you have suffered serious injuries in an accident caused by a drugged driver, contact a Jacksonville car accident lawyer.

In April 2018, Veronica Martinez traveled to South Florida from her home in Mexico with her son Diego and daughter Mia, both of whom were in elementary school, to attend a family reunion.  Also in attendance was Veronica’s brother Jorge Raschiotto, who lived in Argentina.  While the four were traveling in a rental car driven by Raschiotto, a pickup truck crashed into them at 107 miles per hour, killing all four family members.

Paul Wilson Streater, the driver of the pickup truck, suffered only minor injuries. He provided a blood sample at the scene of the accident, testing positive for Difluoroethane, a cleaning solvent sold in aerosol cans to clean computer screens and widely abused as an inhalant.  Streater, who was 21 years old at the time of the accident, was charged with DUI and vehicular homicide.  The most recently published news reports indicate that the criminal case against him is still pending, and if convicted, he could face a prison sentence of up to 120 years.  Prosecutors allege that Streater failed to prevent the collision because he was under the influence of Difluoroethane, but Streater’s defense is that a malfunction of his vehicle caused the crash.

Raschiotto’s wife Valeria Marchi announced plans to file a wrongful death lawsuit in late 2019 against Streater.  Gilberto Martinez, the husband of Veronica and father of Diego and Mia, sued Streater and also named Dust-Off, the manufacturer of the computer cleaner Streater allegedly inhaled, as a defendant.

A car accident lawyer can help you recover damages if someone in your family suffered a serious injury because of a traffic accident related to drunk or drugged driving.  Contact Douglas & Douglas in Jacksonville, Florida for a free consultation.