Death, Negligence, and Other Issues Arise for Florida’s Trains & Railroads 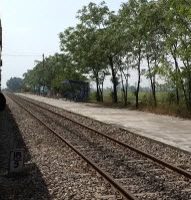 On June 26, a Broward County pedestrian was struck and killed by a train, making him the third confirmed death on South Florida’s railroad tracks just in the past week. According to witnesses, the pedestrian tried to dodge the train, but the train did not stop.

This unfortunate accident comes a mere three days after another man was killed in Lake Worth near the railway tracks and less than one week after a Brightline train killed another. In fact, six people in Palm Beach County alone have been struck and killed by Brightline trains alone, just since the beginning of 2018, when service between West Palm Beach and Fort Lauderdale began.

What does this say about the safety of railroad tracks in Florida, and who is to blame for these tragic accidents?

Some have filed litigation against the trains after family members have been struck as pedestrians, whereby the family sues for negligence. Specifically, the lawsuits allege that the railroads did not take reasonable steps to ensure that pedestrians were safe.

As previously mentioned, the highest number of deaths have occurred in conjunction with Brightline, which has been operating its line from West Palm Beach to Fort Lauderdale since January of this year, and is projected to expand to Miami at some point. In February, Citizens against Railroad Expansion in Florida and Indian River and Martin Counties filed a lawsuit against the U.S. Department of Transportation and the Federal Railroad Administration for providing $1.15 billion in private funds to the Brightline expansion project without first properly considering public safety and other issues associated with the project.

Many are wondering if Brightline will go down the same path that CSX Transportation did six years ago, when a jury found that the company had been negligent in the death of a 17-year-old who was hit by the train while he was fishing, and whose family was awarded $1.6 million in damages as a result. The victim and his friends had been on the railroad bridge when the train approached, leaving them with no decision but to take a 50-foot plunge into the water below, or get hit. The victim—Wesley Whiddon—unfortunately was hit just as he tried to jump to safety. Whiddon’s family successfully claimed that the train was speeding and there was no attempt to slow down, even though the crew saw the boys in their path trying to get out of the way. They also claimed that the braking equipment was not operating properly at the time of the accident, meaning that the train should not have been traveling faster than 30 mph (while it was going 43, and the brakes were not applied until after Whiddon was hit).

Accidents like these can leave families devastated. In fact, one of these pedestrian victims left behind six children, all of whom must now get by without the family’s primary provider.

If you have suffered due to a train accident in Florida, contact our Jacksonville accident lawyers at Douglas & Douglas today so that we can discuss how to get you and your family the compensation you need to start back on the path to recovery.