Can You Recover Damages In A Personal Injury Lawsuit If You Were Partially At Fault? 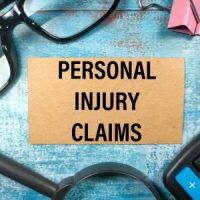 The courts know that no one is perfect.  In a personal injury lawsuit, the court can still rule in a plaintiff’s favor and order the defendant to pay damages, even if the plaintiff is partially at fault for the accident.  A Jacksonville personal injury lawyer can help you recover damages after getting injured in an accident, even if the insurance company assigned some of the fault for the accident to you.

Most accidents are preventable, and there is often more than one thing that the people involved could have done differently to prevent them.  According to Florida’s comparative negligence laws, you can recover damages in a personal injury lawsuit even if the accident that caused your injuries was partially due to your own negligence and partially due to the defendant’s negligence.  The court will reduce your damages award proportionally to your percentage of fault, if any, found by a jury.  For example, if a jury awards you $100,000 for past medical bills incurred due to a car accident, and the jury finds you 30 percent at fault, the court will only award you $70,000.

Whose Fault Is It That the Guest Lost a Finger?

Consider a premises liability lawsuit against Walt Disney World.  A British man was riding the Pirates of the Caribbean ride in 2014, and the ride severed parts of two of his fingers.  He sued Disney World for premises liability, but the court determined that the accident was 90 percent his fault, since the plaintiff’s hands were outside of the vehicle at the time of the accident, and the ride contains ample warnings for guests to keep their hands inside the vehicle.  Therefore, the court only awarded him 10 percent of the damages he requested.  If, by contrast, we look at an example where a guest had been standing in line to buy a Mickey Mouse ice cream bar and another guest who had managed to sneak a BB gun past the park security shot the first guest’s finger off with said BB gun, the injured guest would likely bear no responsibility for the accident.  In that case, the park employees could have prevented the accident and there is nothing the injured guest could have done differently to prevent it; so the guest is likely not comparatively at fault at all.

Reach Out to Us Today for Help

A personal injury lawyer can analyze comparative fault for your accident and help you recover damages after suffering accidental injuries that require costly treatment, even if you bear some of the fault for the accident.  Contact Douglas & Douglas in Jacksonville and Lake City, Florida for a free consultation.