Another Wave of Catastrophic Injuries Could Be Coming; This Time from Defective Seat Belts 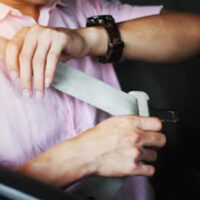 According to recent reports, Takata, the same company responsible for the recall of millions of vehicles due to defective airbags that caused hundreds of injuries and deaths, could now also be responsible for another potential recall of hundreds of millions of vehicles with defective automobile seat belt parts. The report also indicates that the defective parts were used in the production of child safety seats as well, as the company holds approximately 40 percent of the entire domestic market share in seatbelts. As a result, it is estimated that tens of thousands of child safety seats fail to meet the required safety standards.

According to Joyson Safety Systems, which took over production for Takata, the testing data for the seatbelt webbing was purposely fabricated because it failed to meet basic legal standards. If the safety of the belts is unverifiable, there could be widespread impacts: Takata reportedly provided the seat belt webbing for approximately 30 percent of cars produced around the world, with Ferrari, General Motors, and Honda included amongst its primary customers.

Takata’s airbag defects were first revealed in 2013 and 2014 when they began to rupture, shooting shrapnel from the inflator into passenger compartments and leading to large lacerations, torn arteries, skull fractures, and other catastrophic injuries; sometimes even death. And unfortunately, they are, today, still causing injuries and deaths: The 17th airbag-related death involving a 2002 Honda Civic just recently occurred, resulting in an $85 million settlement, and there are still approximately 70 million deflective inflators and six million cars left unrepaired in the US.

As a result, there is no way of knowing just how many years the defective webbing could result in harm and, subsequently, class action litigation. Those harmed as a result of the parts can bring claims under the Racketeer Influenced and Corrupt Organizations Act (RICO), common law fraud, fraudulent concealment, unjust enrichment, as well as Florida state-specific claims, such as Breach of Express Warranty, Implied Warranty of Merchantability, violations of the Florida Deceptive and Unfair Trade Practices Act; arguing that defendants made misleading statements about omissions concerning the defects and failing to disclose them to consumers. In addition to manufacturers being enjoined from continuing to engage in deceptive distribution and sales and a mandate to disgorge ill-gotten profits they received from the sale of the class vehicles, plaintiffs and class members can file for compensatory, exemplary, and punitive damages and penalties.

If you or a loved one has been harmed by a defective automobile product, including airbags, brakes, seatbelts, steering, etc., contact our Jacksonville personal injury attorneys at Douglas & Douglas, Attorneys at Law for a free consultation today to find out how we can help.